As a social media platform, Tumblr is an important source of information and support for LGBTIQ+ young people regarding sexuality and gender diversities, as found in our Scrolling Beyond Binaries study (https://scrollingbeyondbinaries.com). Tumblr is used in diverse ways – for connection to communities (e.g. queer; fan-based), self-discovery, activism, entertainment, and a mix of these and more. The anonymity afforded by Tumblr was seen by study participants as important for feeling safe in their negotiations of sexualities and/or gender diversities. Many participants clarified that despite some bad experiences on Tumblr, it had played a pivotal role in how they discovered and negotiated their identities, mostly during their mid-late teens. Our findings highlight that in comparison to other platforms, Tumblr offers a more intense experience of the self-work involved in embracing one’s queer identities and gender transitions. These intensities ensure young people’s shorter engagements with Tumblr than with other social media platforms, yet an engagement that leaves a legacy given that Tumblr use and identity formation are co-constitutive for many. Accounts of participantsÛª Tumblr use will be considered through Halberstam’s theorisation of queer time – as a space that offers a temporal mode away from the pace and rhythm of heteronormative life. In this sense, Tumblr is well-suited to queer discoveries and belongings, as well as new modes of health practice and peer-support. 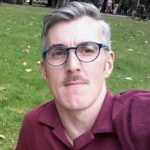 Paul Byron (PhD) is based at UTS and researches digital media and cultures of care, particularly LGBTIQ+ young people’s practices of peer-based support and information sharing. He is interested in everyday practices of health, intimacy and friendship through social and digital media. 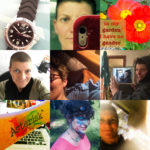