Asexual-spectrum identities (ASIs) are a range of human sexual-orientations, characterised by the lack of experiencing sexual attraction. ASIs have only recently gained more of an academic focus, leaving this population largely misunderstood. ASIs are over-pathologised, and conflated with diagnoses of male hypoactive sexual desire disorder (MHSDD). This study examined the lived experiences of males with an ASI, how they developed this identity, and investigated the differentiation between ASIs and MHSDD. This study was guided by a phenomenological approach, exploring ASIs from a socio-cultural perspective. Data was collected through in-depth interviews. Thematic analysis identified six themes: living with an ASI; healthcare experiences; distinctions between ASIs and MHSDD; experiences of sexuality and intimacy; understandings of ASIs, and; identity formation. This study noted unique discourse used by the ASI community; separation between romantic and sexual concepts were important to formation and understanding of ASIs. Distinctions between ASIs and MHSDD included distress at experiences, a change from a sexual experience to a non-sexual one, and a desire to achieve, or return to, a sexual experience. This study concluded that an ASI had positive influence on participants. All participants reported improved confidence and comfort within themselves after establishing, and connecting to, an ASI. This study recommended that clinicians acknowledge and accept ASIs as legitimate spectrums of sexuality, one not to be pathologised without evidence. Further study should improve upon this work to separate ASIs and MHSDD, and bring the fast-developing online discourse of ASI communities into the Û÷realÛª world. 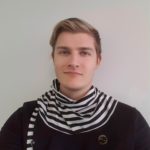 Scott Donatti is a practicing sexologist and counsellor at their local headspace service, and an academic in sexology in the School of Public Health at Curtin University. They work extensively with queer and gender diverse young people, and have research interests in this area as well.

Matt Tilley is an academic in sexology and a Research Fellow CERIPH in the School of Public Health at Curtin University; he is also a clinical psychologist in private practice. He is a Director of the Society of Australian Sexologists Ltd. and the WA Branch Vice President.